In the News: Roundup Litigation

Read What Our Clients Are Saying Read More

If you have followed the news at all in the last year, it’s likely you’ve seen the weed killer Roundup in the headlines. Since March 2018, juries have awarded billions of dollars to plaintiffs claiming that extensive use of Roundup caused their cancer. One specific case, brought by a couple in California, resulted in a combined punitive damages award of $2 billion in addition to the $55 million combined compensatory reward.

This award may sound somewhat surprising considering that the U.S. Environmental Protection Agency recently reported it found that glyphosate, the active ingredient in Roundup, is not carcinogenic when used in accordance with the label. However, there are conflicting studies on the subject.

Most notably, in 2015, the International Agency for Research on Cancer found glyphosate to be “probably carcinogenic.” Despite the apparent conflictions, three juries have found that the plaintiffs provided sufficient evidence to show that Roundup manufacturer Monsanto is liable for their cancer; over 13,000 similar lawsuits have been filed; and the country of Austria has recently passed a bill banning the use of glyphosate.

Although Monsanto stands behind its statements that glyphosates are not dangerous, public court documents suggest that Monsanto made attempts to stop investigation into the ingredient and to publish scientific studies, through third parties, that confirmed glyphosate’s safety.

Cancer patients with an extensive history of Roundup usage or exposure may be entitled to compensation to cover the resulting medical expenses. If you are currently, or have been, a cancer patient and believe your cancer was caused by Roundup, you should contact an attorney for professional legal advice. 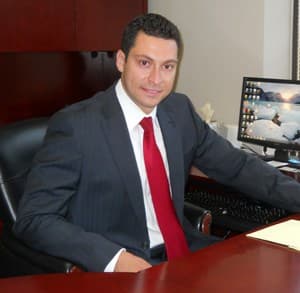 Jacob Galperin is a litigation attorney with an emphasis in personal injury. He has represented hundreds of injured victims and has been able to recover millions in compensation for his clients.